Official records show, that in the summer of 1942, the carcass of a large unidentified creature was washed up at Cardwell Bay. Council Officer Charles Rankin was sent to observe the badly decomposed remains.

“Measuring 27-28 ft. long, it had a lengthy neck, a relatively small flattened head with sharp muzzle and prominent eyebrow ridges, large pointed teeth in each jaw, rather large laterally sited eyes, a long rectangular tail that seemed to have been vertical in life, and two pairs of “L”-shaped flippers (of which the front pair were the larger, and the back pair the broader). The head was comparatively small, of a shape rather like that of a seal but the snout was much sharper and the top of the head flatter. The jaws came together one over the other and there appeared to be bumps over the eyes - say prominent eyebrows. There were large pointed teeth in each jaw. The eys were comparitively large, rather like those of a seal but more to the side of the head. Curiously, its body did not appear to contain any bones other than its spinal column, but its smooth skin bore many 6-inch-long, bristle-like ‘hairs’ - resembling steel knitting needles in form and thickness but more flexible.”

Curiously, when Rankin cut open the beasts stomach, he found “a small piece of knitted woolen material as from a cardigan” and even more bizarre, “a small corner of what had been a woven cotton tablecloth - complete with tassels”. In Rankin’s opinion, the remains were that of a huge lizard, however wartime restrictions permitted him from taking any photographs of the creature. He rang the Royal Scottish Museum in attempt to convince them to examine the creature, but the museum were not interested. Scientific examination of the creature would have been unlikely during the war years, there was simply no time for such work. Consequently, the beasts remains were hacked into pieces and subsequently buried beneath the playing fields of St Ninian's school in Gourock, where they potentially remain to this day. However, Rankin removed one of the “knitting needle” bristles from the flipper of the creature, and he kept it for many years in his desk. It eventually shriveled to resemble a finely coiled spring.

Cryptozoologists suggest that the creature may have been a basking shark or even a puffer fish, but agree that the large pointed teeth of the beast would tend to suggest it was in fact one of the carnivorous shark species. If it was indeed a carnivorous shark, then the size estimated by Rankin would actually make it one of the largest sharks ever discovered, for even Great Whites rarely exceed twenty feet in length. Rankin himself remained unconvinced by the “shark theory”.
The mystery of “The Gourock Monster” was popularised in the late seventies when the story featured in an episode of “Arthur C. Clarke’s Mysterious World”. The Gourock section is about 3 minutes into the video. Children of the 60s and 70s may wish to view the whole episode to terrify themselves with the theme music.

You can see Clutha, the friendly river monster in our childrens book Wee Nasties

Also, over on my other blog, I've a wee fable featuring the monster

A video of the episode was on youtube for years, but has recently disappeared, new link below - Gourock part starts at about 22 minutes (though to be honest, it's all good!)


The legend of the Gourock monster also crops up in a childrens book I've written, The Superpower Project... 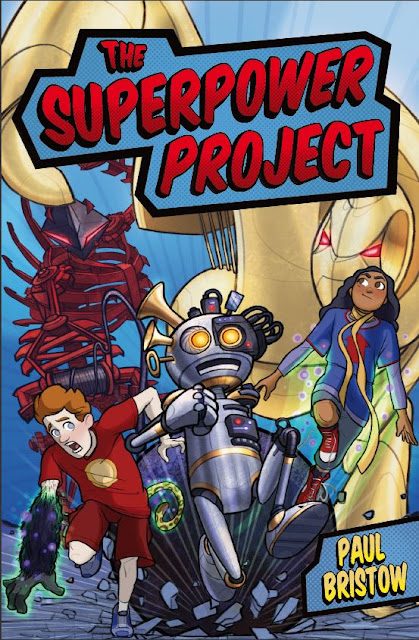