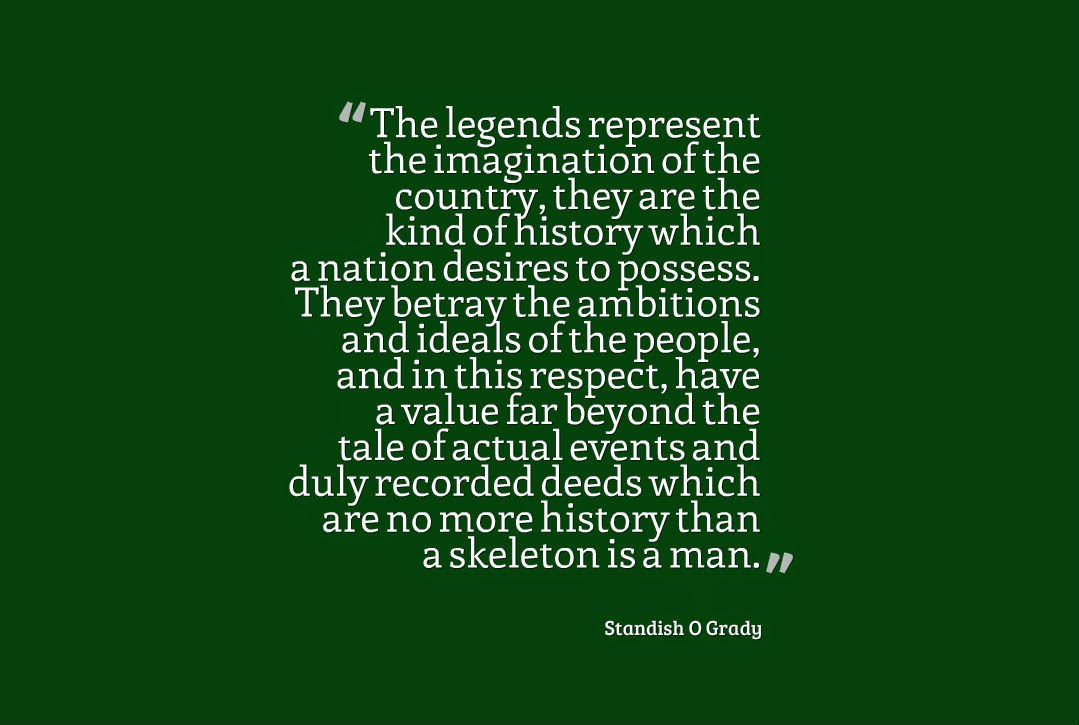 Tales of the Oak is run by Magic Torch, an Inverclyde based arts and heritage group, we've been around since 1999. In that time we have published 8 books, made a couple of local films and been told hundreds of different stories. We're all volunteers, the blog and our projects are all done in our spare time, free gratis etc. All profits from any of our projects are directly reinvested in creating and developing further local heritage projects - our ultimate aims are to support local education and cultural participation and inclusion.

There's a few of us who are core members, but we don't have a really tight membership criteria or anything, just people interested in stories and history. All sorts of folk have helped in and out over the years. We've all sorts from teachers and managers through to professional writers, curators, artists and fundraisers. We aren't historians (well, one or two us are...) and we don't intend to create definitive or formal accounts of anything - local or otherwise. There's plenty of folk who do that sort of thing very well already. So, just to be clear...this is not a local history blog.

Our main area of focus has been the folklore and heritage of Inverclyde, but we also enjoy the storytelling tradition and folklore from around the world and what that can tell us about ourselves. The sort of stuff that is now called Living Culture, or occasionally Intangible Cultural Heritage. Over the years we've also explored social history and campaigned around local heritage, in 2004 for example, we undertook a study into the ways local heritage could and should be used as an opportunity for engagement, learning, regeneration and local tourism. Some of us are even lucky enough to work with heritage (local and national) in our "professional" lives.

Although we've used folklore and traditional tales as a creative springboard, ALL our tales and characters have some basis in local heritage and even historical fact.

Here's a few of our projects... 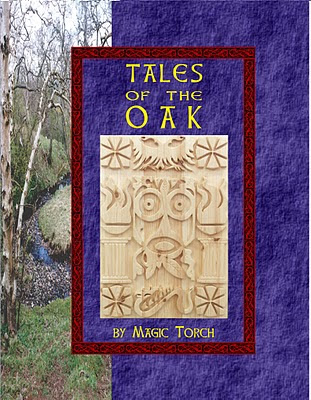 This was our first book, released in 2000. It was funded by Heritage Lottery Awards For All.

Tales of the Oak collected a whole range of local folktales which had more or less fallen out of the telling, and presented them back to everyone to bring them back to life. We did actually have a plan when we did this, and it was to create a sort of "mythical" history and backdrop to what is often viewed as a fairly miserable and depressed community. Taking genuine local stories, national legends and a wee bit of creative license, we tried to make our hometown seem a little more magical, to explain to everyone that our area did not start and end with the shipbuilding industry. The stories can all be read and told independently, but read cover to cover, there is also an ongoing story woven throughout the text.

To our slight surprise, "Tales of the Oak" was the most popular Greenock Christmas present of 2000, outselling Anthea Turners autobiogaphy in our local WH Smith by a ratio of 5 : 1. So there ye go. The wonderful woodcut cover was designed by Ross Ahlfeld and then cut by a local craftsman Eddie O'Donnell at a community workshop. The book was researched, written and designed by Paul Bristow, Neil Bristow and Ray Mitchell. It's now available as an ebook from amazon. 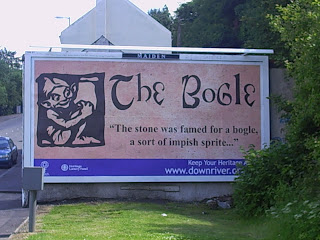 We had right good fun attempting to stimulate interest in local legends by less traditional means...these are some posters from our Billboard Folklore project of 2005. 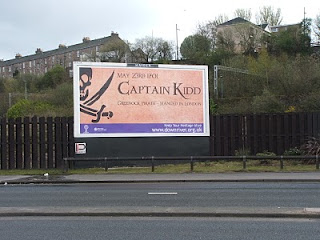 We released a heritage lottery funded sequel to Tales of the Oak in 2005. Like most sequels, it wasn't quite as good, but there were a number of excellent multimedia tie-ins...a book, a cd, a magazine for local schools and a range of information leaflets, including one on Captain Kidd and another on Port Glasgow's Connections to The Slave Trade. The project was run entirely by volunteers and won a BBC History Magazine Award...so that's pretty good eh? 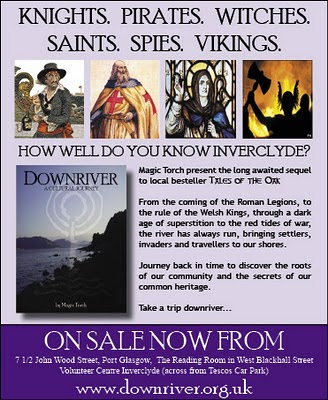 Most of the project materials are now available freely online.

Here are a selection of tracks from the Downriver Cd.


We have undertaken loads of sessions with local schools, as we're really keen that our young folk get the opportunity to learn a different side of their local history and keep our stories and legends alive. Most recently, our Wee Nasties book targeted younger audiences to introduce them to local folklore.

Anyhow, the members of Magic Torch continue to tell stories and campaign for local heritage both in our personal and professional life...and this blog, named after our favourite project, is one of the ways we do that.

And we're always up for hearing a new story or taking contributions for the blog...you can contact us at aulddunrod@gmail.com. Sadly, there's no cash, only glory. Just getting that out there up front.

A couple of the members of Magic Torch have their own blogs;

check out Zuckerbeckers for musings from a Scottish catholic of German ancestry with thoughts on social justice, or follow him here on twitter

have a look at my other blog, Stramashed for poetry, comedy and fables with a West of Scotland flavour, including my children's novel The Superpower Project, which is set in and around Greenock. I'm on twitter too.

We sometimes get asked why we don't do more with old videos and photos, well, partly because our area of interest is mostly folktales and legends, but also because there's already loads of sites and groups that do a far better job of that than we could. Why reinvent the egg? Among others, check out

and the frankly awesome Inverclyde Old and New Project blog, which blends current photos with old images to chart the changes in the town.

We're not experts on local heritage, we're just contributing to that hi/story. The community itself is the best custodian of that type of knowledge. We know that there are lots of more formal historians out there, who don't always appreciate the more tongue in cheek approach. But y'know, although it's a wee town, it's got a big history - there's plenty room for us all to play. So let's play nice.

If you would like to use or share any of the material from our blogs, please be sure to credit us and provide a link back to our site. That's just good manners really.

As well as running our own local projects, we have been contracted by a number of councils and agencies across Scotland on a consultancy basis to assist specifically with
- fundraising
- developing cultural projects
- app and content development
- providing interpretation plans

We now also offer workshops on Graphic Storytelling, building on our own experience and success in developing comics as an engagement and storytelling tool. 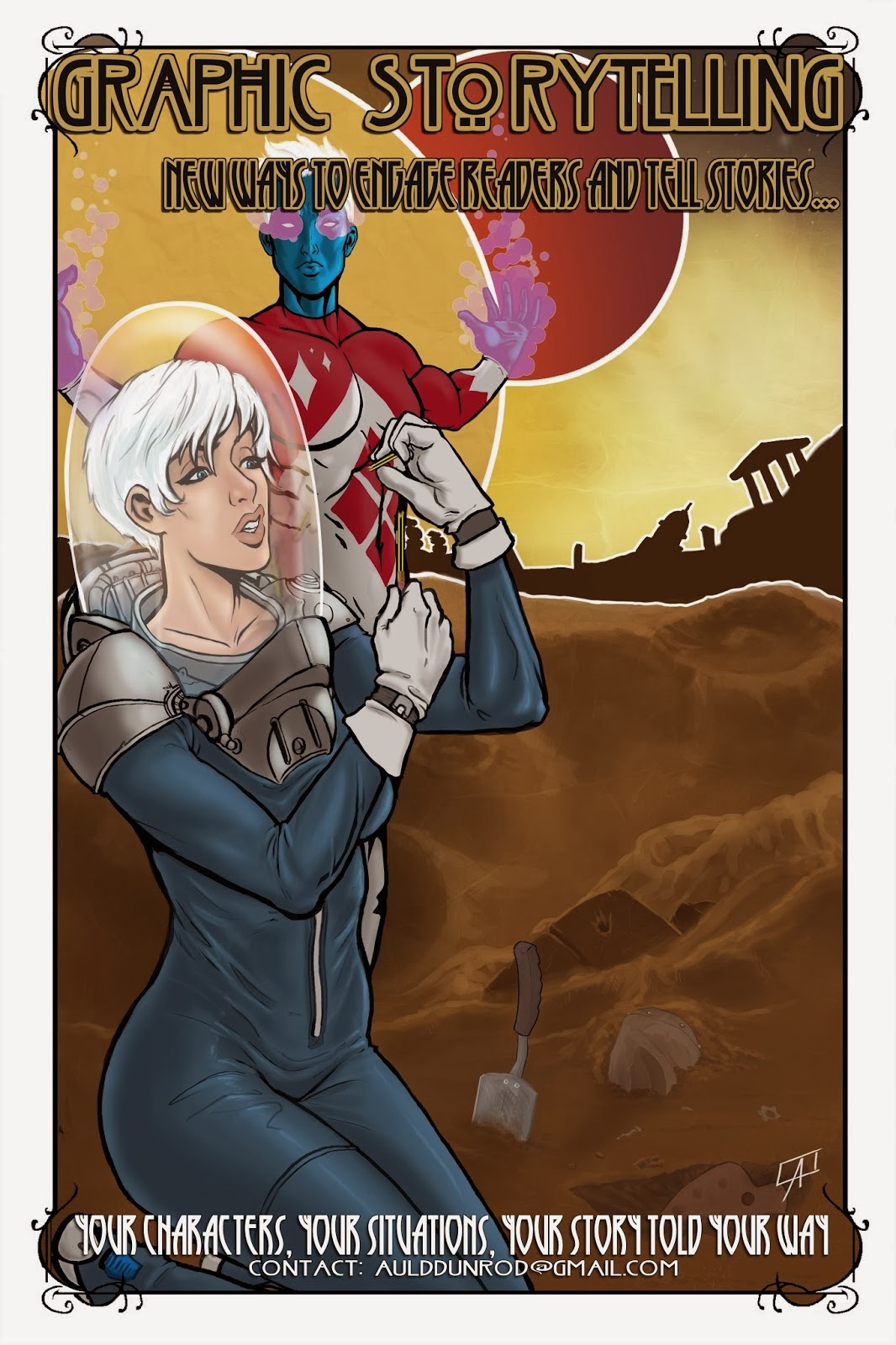