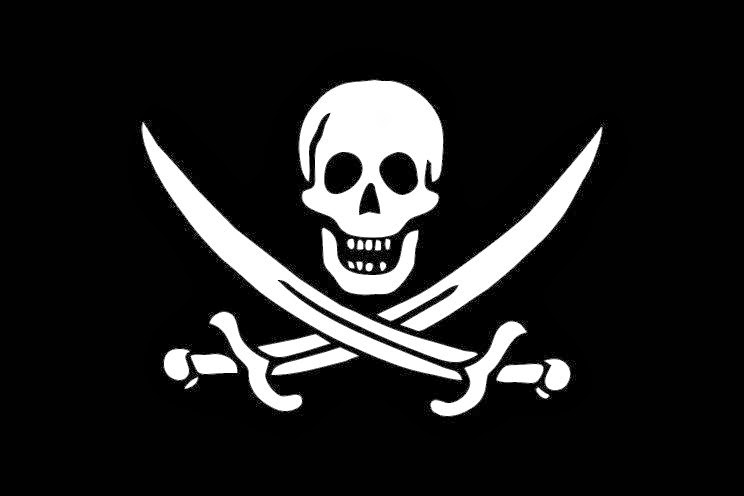 Captain William Kidd, hanged on May 23rd 1701 in London for piracy, murder and treason.

Was he a bloodthirsty swashbuckling pirate who was born just off West Blackhall Street in Greenock and made a fortune on the High Seas...or some bloke from Dundee who ended up a government patsy?

With Kidd, even the historical facts arent straightforward, a Scottish merchant, who was asked by the government to raid French ships and then subsequently hanged for murder and treason when he got caught doing it. And when they hanged him, the rope broke...so they just strung him up again. Not a very lucky man. However, as is often the case, it was after he died that things got really interesting. A ballad of his (largely made up) confession from the gallows was hastily printed and distributed, becoming a popular song in taverns all across the east end of London. It is this ballad which names him as coming from Greenock, creating centuries of confusion. It's hardly the most reliable historical source - but we aren't historians, we're folklorists. As we are fond of saying, historically speaking we're not 100% that theres a big dinosaur living in Loch Ness, but that doesn't stop people going up for a look - have a bit of fun, just go with it. 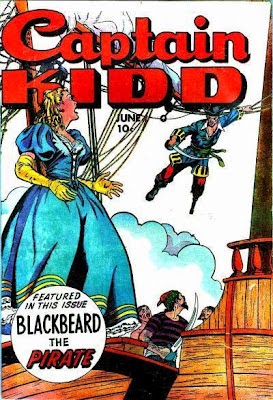 Kidd’s legacy lives on, a controversial character long after his death, the historical accuracy of Kidd’s Greenock lineage was recently called into question, and Dundee claimed the pirate as their own. A shrewd move on the part of Dundee city council’s tourist board. However, Dundee are very welcome to Kidd the historical character, we'll have Kidd the bloodthirsty pirate that inspired Treasure Island and every pirate tale that followed. The one which folklore and happenstance have gifted us.

Having said that, many local folk would maintain that Kidd’s birthplace is Jamaica Street in Greenock. Until very recently, we even had a direct descendant living in the town. One local legend suggests that Kidd’s father was a covenanting minister, responsible for some of the baptisms at the Covenanters Well in Larkfield. Perhaps Kidd himself was baptised there. Probably not though.

Today, at the site of execution dock in London you can find “The Captain Kidd”, a pub dedicated to his immortal memory. London folk legends talk of his ghost still wandering at the Wapping dockside. Treasure hunters sail around the Caribbean in search of his ill gotten gains and in Boston, schoolchildren are taken on “treasure tours” which use stories of Kidd’s journeys to teach history and geography. Each year, Pirate Festivals are celebrated across the US, in towns he is said to have passed through or buried treasure nearby - again, hardly the most historically accurate pastime - but arguably one that is quite good fun.


Stories of Kidd’s buried treasure were also adapted into the new wave of American romantic literature in stories by Washington Irving, James Fenmore Cooper and later, Edgar Allan Poe. The work of Washington Irving was fundamental to bringing a sense of “mythology” to the new world of the Americas. “Legend of Sleepy Hollow” and “Rip Van Winkle” were among his most popular stories. Kidd – who had spent most of his life in America – became a part of this folk patchwork. For this reason, Kidd is better known in America than he is here, a legendary “bogeyman” who still finds his way into children’s stories. No surprise then, that Hollywood has plundered his legend before. Charles Laughton played the misguided Kidd in the 1945 film – recently re-released on DVD. A slew of sequels followed, “Captain Kidd and the Slave Girl”, “Captain Kidd Against All Flags” and the final indignity “Abbott and Costello meet Captain Kidd”.

Each year, we celebrate Captain Kidd on the blog, with Captain Kidd Month. Kidd is also one of the hosts in our Tales of the Oak comic. He appears in our childrens books Wee Nasties, and 13 Commonwealth Tales (see below). We are developing a permanent exhibition based on his legend for The Dutch Gable House in Greenock and also working on a graphic novel, I Thought I was Undone, based around the myths and mythconceptions of this controversial character.

Wherever you believe him to be from, we invite you to celebrate Captain Kidd with us here in Inverclyde and on the Tales of the Oak blog...

Why we should celebrate Kidd more locally, historically accurate or not...

Early adventures for another famous pirate in The Cabin Boy