It’s the most wonderful time of the year – especially if you’re a dusty old historian or perhaps a militant atheist – because this is a great time to try to disavow people of their popularly held wintertime beliefs by sucking all the fun out of them with “facts”.

Here at Magic Torch we are (and I use the term carefully) “a broad church”, from non-believers through to true-believers; but even the most secular of our band of merry men still enjoys the odd Christmas carol without worrying that we’ll be sent to stand in the corner by Richard Dawkins. Where do you draw the line? Not using the NORAD Santa tracker cos it might not be 100% scientifically accurate? Go on…enjoy yerself ya big Grinch.

As such, we’re taking a wee momentary break from our regularly scheduled Ghost Story programming to share some Christmas fakelore with you all. Some of these midwinter spoilers are true, some of them aren’t. Go google em. And I guarantee you’ll find stuff even more strange than what we’ve listed below.

Enjoy yer midwinter festival and all it’s trappings and traditions, whatever they may be.

The Ho Ho Horror!
Such is the reach of the evil capitalist machine, that many people believe Santa’s red clothing is a result of the Coca Cola company turning his traditional wintergreens into their lovely corporate colours. In fact, Santa’s red is representative of skinned reindeer pelts which the shamanic figure wore inside out like a proto Lady Gaga meat dress.

Santa is presented as a “jolly old elf”, however in other countries, supernatural creatures punish or eat naughty children during the festive period. Bavarian Christmas markets are regularly terrified by the seasonal arrival of Krampus, goat-headed troll monsters. Krampus previously used to accompany Santa on his travels, punishing bad children not with coal, but by pulling them up by their ears and then beating them with birch sticks. That'll learn em. Interestingly, it has been statistically proven that Northern European children are up to 80% better behaved than those in the UK. 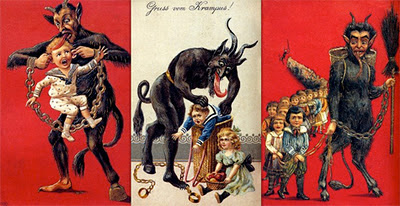 Wassail!
The 12 Days of Christmas song is believed by many to be a form of coded worship for Christians fearing Puritan persecution. In actuality, only fragments of the song existed prior to the nineteen seventies when marketing executives decided to rewrite it for a Bernard Matthews Turkey advertising campaign. The version now most popularly sung originates from this time.

Cliff Richard’s popular Christmas classics (Mistletoe and Wine, Saviours Day) were in fact a deliberate, targetted response to Paul McCartney’s loose “trilogy” of Christmas singles (Wonderful Christmastime, Pipes of Peace, We All Stand Together) which Cliff viewed as promoting a distinctly secular, humanist view of the season. Cliff Richard actually wins this battle, cos both his songs got to number one. Mull of Kintyre WAS a Christmas number one. But for a variety of reasons it doesn't count. 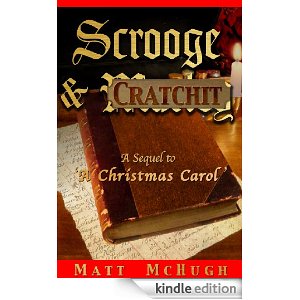 What The Dickens?!
The popularity of Charles Dickens “A Christmas Carol” led to a whole slew of imitations and unauthorised contemporary sequels…this was quite common in Victorian periodicals. The sequels continue to this day. Popular themes include “Tiny Tim – Victorian Detective” or “Vengeance of Marley’s Ghost”.

Oscar Wilde wrote a satirical sequel which took aim at the “crass sentimentality” of the story, thereby rather missing the point. It was never published. I bet it was very clever.

In Dickens time “humbug” had a different meaning…it was a term approximate to “hypocrite”. So when Scrooge says “Bah! Humbug!” he is not criticising the season, but in fact, the hypocrisy of people who are pretending to be nice because its Christmas. Humbug indeed. 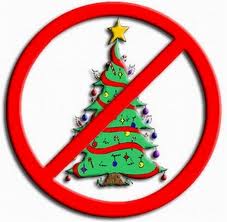 Daily Mail - Fear of Fun
Last year a “right-on” school in made the Baby Jesus a girl in the nativity and her adoptive parents were gay gypsies.

British made Christmas Crackers will no longer feature “offensive” jokes about blondes, the mother in law, stupid people or anything which may be deemed upsetting to animal lovers. But The Only Way Is Essex is still allowed on the telly.

A recession conscious council in has refused to erect their traditional “Santa’s Postbox” this year in case it might “unrealistically raise children’s expectations in a financially challenging climate”.

A leaked document has revealed Scottish Nationalist plans to cancel Christmas in an independent Scotland, and replace it with a new festival, McMacmas. Liz Lochead is to write a new "tartan" version of the nativity which Scottish schoolchildren will be forced to learn.

If you’re in the mood for more Christmas fun, check out this folklore inspired Christmas vid from my Stramashed blog. Santa's Little Werewolves...