Magic Torch have secured £8900 from Heritage Lottery "First World War - Then and Now" fund, to retell an important story from Inverclyde's World War One history.

We will explore the various attempts to take Achi Baba at Gallipoli in Turkey, and in particular, the final attempt on 12 July 1915 which over 300 Argyll and Sutherland Highlanders, fell in a battle in which only 350 yards were captured.

A book, telling the story of Achi Baba, will be released in July 2015, to mark the centenary of the battle. As ever it will be made freely available in physical editions and online.

As with some of our more recent projects, the story will be re-told as a graphic novel. There is rich tradition of war comics which explore the horrors and human aspects of war, without seeking to glorify those battles and sacrifices; we will be drawing from that tradition.  In addition to the Achi Baba comic, an online audiobook and short online comic vignettes exploring other aspects of the war will also be created by volunteers and shared online.

Initial research and writing on the project begins shortly, and we will be sharing more regular updates and further information on how to get involved throughout August.

Our project is one of a number of World War One Centenary projects going on around Inverclyde, including the digitisation of WWI Propaganda posters at the McLean Museum, and Working The War at The Dutch Gable House.

A service will be held at Gourock War Memorial this Saturday at 11am to honour the men of the 5th Argylls who fell at Achi Baba. 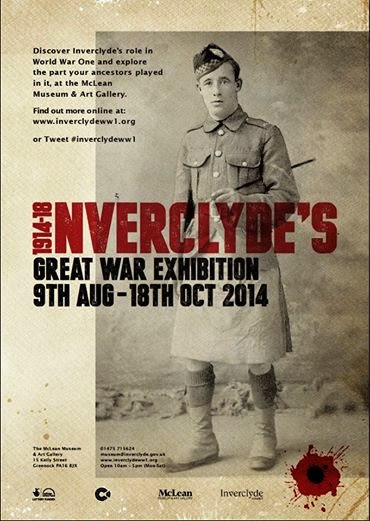